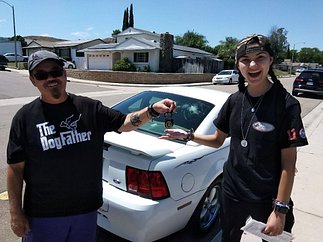 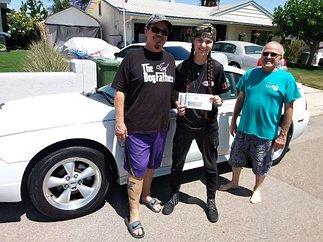 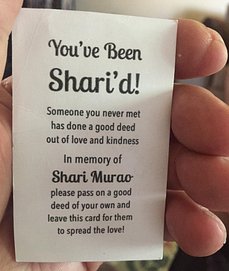 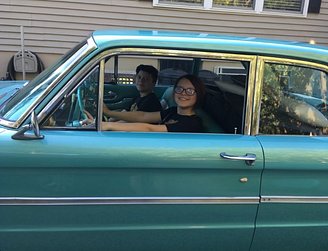 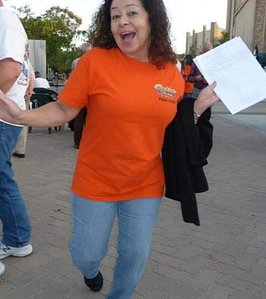 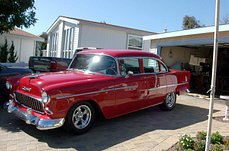 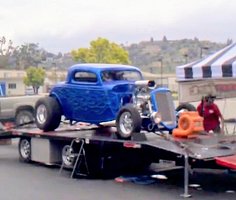 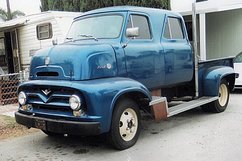 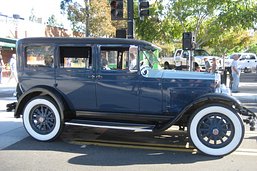 DON NOTTINGHAM, WAS A LONG TIME MEMBER OF THE EAST COUNTY CRUISERS, NOT TO MENTION, WAS VERY WELL KNOWN THROUGHOUT THE CAR CLUB COMMUNITY

FROM THE VERY BEGINNING (1927 WILLYS KNIGHT)

Sam & Shari - This is Shari's grand daughter in her treasured, 1963 Falcon. She wanted Riley to have it, so Sam shipped it to Shari's son in New Jersey and asked that Shari's son & daughter in law keep it for her! Once again Shari's legacy has been passed on to another generation of "cruisers"!

THE 17th ANNUAL SUMMER FLING CAR SHOW THAT TOOK PLACE ON JULY 21ST, 2019 HAS BEEN RENAMED IN HONOR OF SHARI RICHARDSON-MURAO

SHARI MURAO, ONE OF THE MOST BEAUTIFUL SOULS, GETTING HER VERY OWN DAY PROCLAIMED IN SANTEE, CA BY THE MAYOR OF SANTEE, MR. JOHN MINTO

(Click on "Shari's Day" above to watch the video)

Deb Chapman - I Shari'd a customer today at work. She is a wounded veteran that came in for some needed work on her car, she didn't have enough money so I covered the difference. It gave me an opportunity to tell her why I wouldn't let her pay me back. I told her about Shari and how she was now a part of a very special woman's legacy. She was touched by it, and it made me feel pretty darn good too. I asked her to Shari someone else. She said she would.

Sam Murao  & Tom Zeffiro- SOMEBODY GOT TOTALLY SHARI'D! in a BIG WAY!

As Mercedes got closer and closer to driving age and being such a big part of the local car shows and her involvement with the East County Cruisers it's easy to see how lot's of people would constantly ask ... What's your favorite car? A Mercedes? Lol .. She always replied "NO" I want a Mustang ... While she has been saving money like many other kids to buy a car she has always had a fascination with 2 dollar bills and our dear friend Shari (whom was like an Aunt to her) would constantly sneak her 2 dollar bills whenever she came across them. Mercedes has a lot of them to say the least knowing how generous Shari had always been! After Shari passed and Sam knowing about the $2 bill collection, had a decision to make. What would he do with Shari's Mustang. Sam & Tom discussed who should receive Shari’s Mustang and after weeks of discussion we both felt Mercedes was the best choice, and he, being as generous as his wife Shari, offered it to Mercedes but not for free. He charged her a single 2 dollar bill and the sale was complete! Within weeks of receiving the car she has passed her learner's permit test and is practicing driving. She is ecstatic and loves the car because of course it's a Mustang but also because it holds the memory of our dear friend and she couldn't be more honored and grateful to Sam, Tom and the Murao family. Shari is looking down on her with the biggest SMILE EVER!

Everyone remember's their 1st car but this is a VERY SPECIAL first car... we're sure Shari is smiling in the sky.